Source: Written by Joan Parsonage with information from From Sage to Timber and Dixie Black

Eva came to Canada with her family from Nebraska in 1896. In the party that traveled here were her half-sister, Etta, (Carrie did not come until later as she had married Harry Minor), half-brother Dennis (Bub); sisters Myra, Frances, Alla, Estys and Eva, brother Jimmy as well as her mother, Myra, and father J.A. (Dad) Gaff. 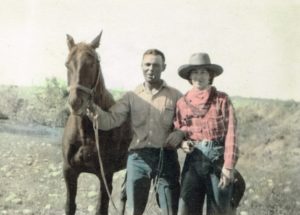 The family took up ranching along Battle Creek about five miles from the Ten Mile NWMP Detachment.
When her dad purchased the Govenlock Hotel, Eva worked there for a time; her niece, Meda Paterson, remembers staying there with her mother, Frances, so her two brothers could go to school and she says Eva was a big tease! When Meda was three Eva would always ask her how old she was and when Meda answered, “Three,” Eva would always say, “Oh you’re a flea are you? You’re a flea!” Meda says she was happy when she was not three anymore. When Alla and her dad took over the running of the hotel Eva went back to operate the Gaff JON Ranch.

Jack Shepherd knew Eva as she and her partner, Steve Schafer, were his neighbors. “She managed the Gaff Ranch for quite a few years, could work cattle in a corral, ride, or drive a team with anyone. …the biggest disappointment of her life was when she became somewhat crippled with arthritis and could not ride anymore. Eva was lots of fun to be around whether at a dance or in her home and she enjoyed pulling pranks. She was always happy to have someone drop in; it would be an excuse to pour a couple of drinks [a cigarette poised on her lip and smoke curling past her eye as she did so]. Eva was very witty, could talk on any subject and was a well-read, upright and honest person in every way.”

“Eva smoked those real long Benson and Hedges’ cigarettes; I remember when she talked her cigarette would bounce and we would hold our breath as the longest ash would just seem to hang on! She was engaged to a fellow who was killed overseas in WWI. About 1915  her dad (Dad Gaff) bought the Govenlock Hotel. Eva and her dad ran it first with the help of her sister, Frances (Ma Pat) whose boys, Jimmy and Roy, were going to school there. She was always the belle of the ball, had nice clothes, many boyfriends and a car. After supper in the hotel she would play the piano and all the travelers that came in on the train would have a singsong and a great time! Bill Patton was one of her boyfriends, but Eva said he was too short as she was taller than him. Prohibition was on at this time and there were rumors that the hotel had a stash on hand. A few years later, her sister Alla, who later married Andy McRae, took over the hotel and Eva and her Dad managed the ranch on Battle Creek. Eva was a good cattlewoman and could ride a horse along with the guys. A hired man/boyfriend was Charley Longley who got beat out by a handsome Scotsman named Scotty Balfour who worked there for a few years. Earlier he had worked for Lindners. It was known that Charley had gone to Jamaica and did very well for himself. Eva’s last hired man/partner was Steve Schafer.”

In 1962 Eva sold the ranch to four partners, Ernest Pettyjohn, John McLuhan, Paul Neitz and Roland Agar, and moved to Maple Creek. After she had the misfortune to fall and break her hip she was then confined to a wheelchair. 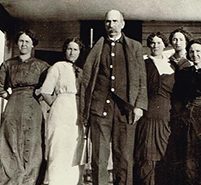 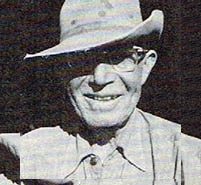 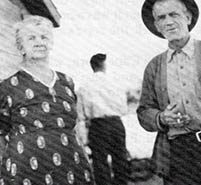 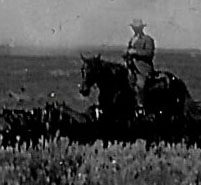 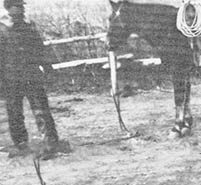 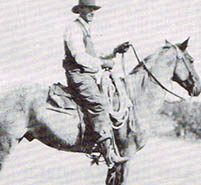